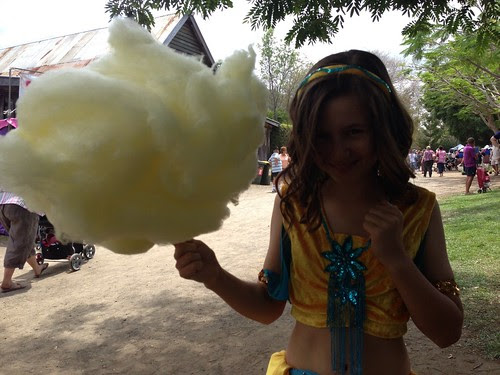 My daughter Charlotte at the market with the largest bunch of fairy floss I've seen, with bright light behind!

Posted by Hayley Campbell, this assignment involves communicating an ambience (I'm not sure that is a noun, but oh well).  The creator must read out a piece of poetry or some other piece, and put sound to it.    to encourage the viewer to 'feel' the poem.

(After some questing around for inspiration.) I selected a piece of poetry about the Australian bush and it's struggle against economic rationalism by Les Murray (a living legend), and decided to put real bush sounds to it.  I have included a collage of relevant images and short video.  I finish with a chainsaw in timber sound to represent the impact of 'economics' described in the poem.

The feeling I was looking for was a sense of torpor in the hypnotic natural bush sounds, ripped asunder by the chainsaw.  A 'tree hugging call to arms' perhaps.

Select poem.  I started reading some longer poems I already like (The Quality of Sprawl and An Absolutely Ordinary Rainbow), then found some 'lost poems' (poems and poem fragments that are out of print) at the lesmurray.org website.  Among them I found the one I selected: 'In Australia They Only Spare the Kulaks' originally from Les Murray's book Poems Against Economics (1972). Kulaks are explained in Wikipedia - this is not a nice term. Some appreciation of Les Murray's situation may help in understanding his use of the term.

Record Australian bush sounds. I did not think of this until I walked through my kitchen, and heard cicadas with their hypnotic hum overlaid by a range of bird sounds.  (iPhone with Voice Memos app in my back yard.)

Record the poem. A change of iPhone app to iTalk to record the poem.  (There was a hissing in the background on Voice Memos in a closed, quiet room.)  iTalk allows the selection of 'best' recording quality.  And the hiss was substantially reduced.

Select photos/video.  Sifting through my photo collection, I found a long shot of Australian bush at one of the entrances to the Carnarvon Gorge, a time-lapse of clouds, and a photo of a horse in a field.  My Dad is close to me in this video, as he and I took the trip to Carnarvon Gorge, and he took the photo of the horse in the field.

Find chainsaw sound clip.  To obliterate the comfortable ambiance of cicadas and birds in the bush, I felt that a chainsaw through timber would be appropriate.  I searched Google for 'creative commons sound files', which led to freesound.org.  Ross Craig had uploaded a perfect chainsaw sound clip, including a falling tree.  I edited out a couple of bits with voices, including the operator's voice asking, 'How d'ya like that?'

Edit video.  Following an abortive start due to Windows Live Movie Maker's reluctance to accept the file types I was using, I downloaded the (free for non-commercial use) Video Pad Video Editor and commenced editing. There is certainly a learning curve here, although my main stumbling was through impatience, as my 'good' laptop still refuses to show video in preview and other situations.  I also had to Google for instructions on adding Titles and Credits.

Final comment.  The whole project was a blast.  I enjoyed each step, and managed to pretty much kill a whole day in the imagining, learning and implementing. 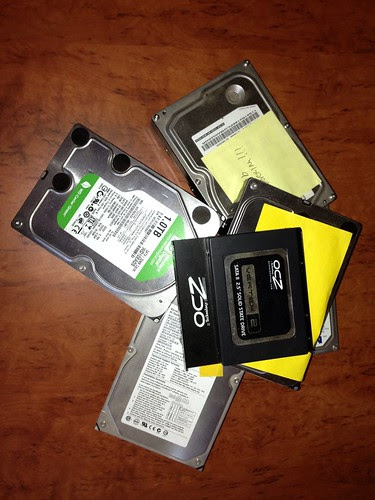 The remains of projects past. And these are just the ones reputed to still work.

And here is one by my daughter Eloise - she thought there needed to be a large, obsessive-looking collection of something.  So here are her plush toys. 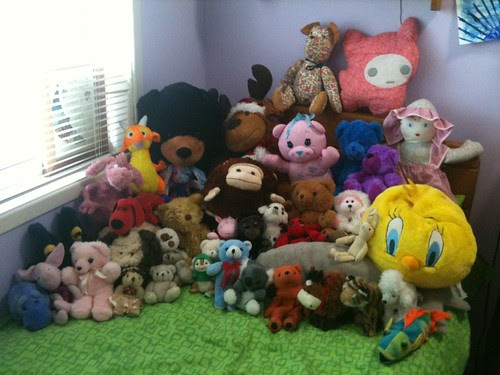 Posted by Geoff Higgins at 2:40 PM No comments: 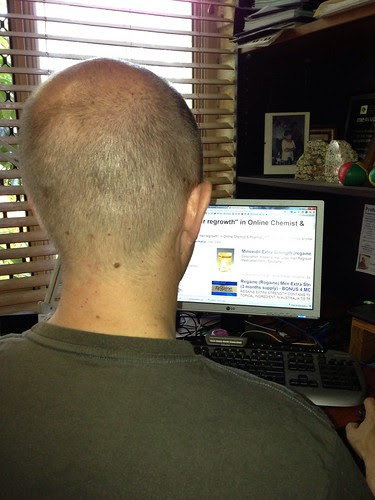 A Daily Create for ds106.  Maybe a bit close to the bone for a man of my years and hirsute-ness.

A Great Way to Start the Day 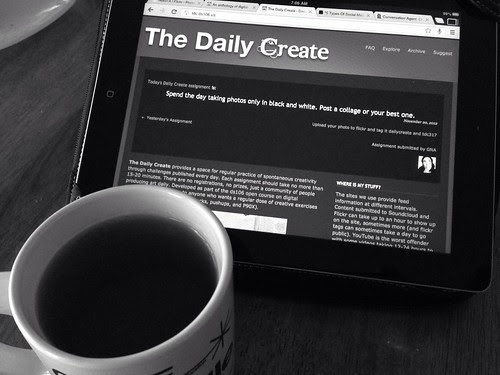 I really enjoyed the black and white photo task for this week's ds106 Daily Challenge. I even found an IOS app I had already installed called Simply B&W that I suspect I had never used. 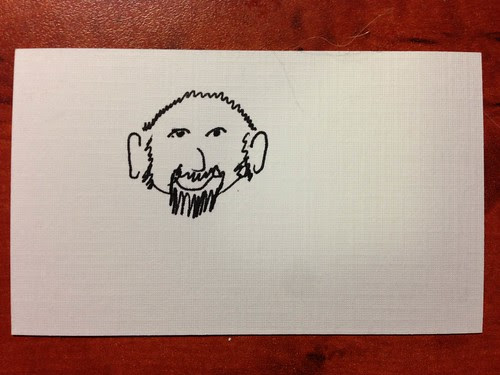 This self-portrait was for The Daily Create in ds106.  And here are the practice ones: 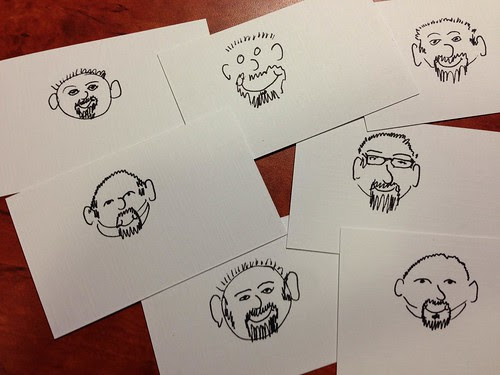 The view from the chook shed... 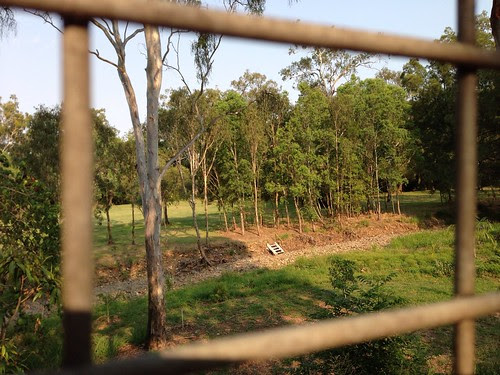 The view from the chook shed..., a photo by Geoff Higgins on Flickr.

Via Flickr:
A photo illustrating 'near' and 'far' taken from the chook shed looking out across the dry creek bed behind. I feel like I'm in a Sesame Street episode. Taken for The Daily Create in ds106

Geoff Higgins
I am a business consultant based in regional Queensland, Australia. I am curious about DS106 and the MOOC concept.